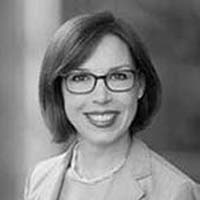 Leïla is a former equity partner at a leading international law firm, where she headed up their German banking and finance practice group and worked out of their Frankfurt, London and Munich offices.

In 2016, Leïla became an executive vice president and the Head of Group Legal for Corporate & Investment Banking at a pan-European bank with headquarters in Milan. In her role, Leïla was responsible for the bank’s group-wide legal department of the corporate & investment banking division (CIB), including the JVs with the commercial banks in Italy and Germany, the global family offices and CIB’s wealth management arm. Leïla’s role also covered all strategic and legal matters of CIB world-wide, as well as the funding operations of the group itself.

Since 2020, Leïla advises clients on key strategic legal matters and is based in Zurich.

Leïla is qualified as a Rechtsanwältin (Germany) and a solicitor in England and Wales and she holds a university degree in business management (Diplom-Kauffrau). She is registered with the attorney list pursuant to Art. 28 BGFA of the Canton Zurich and is a member of the Swiss Bar Association (Schweizerischer Anwaltsverband, SAV).

Leïla enjoys spending her spare time with her husband and two children at Lake Zurich, in Engadin and in the vineyards of Piemont. 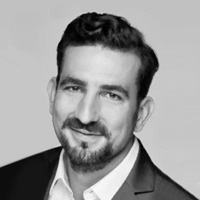 In 2017, Daniel joined UniCredit Bank AG (HypoVereinsbank) in Munich as Head of CIB Legal Germany. In this role, he was responsible for the legal department of the corporate & investment banking division in Munich, London, New York, Hong Kong and Singapore.

Daniel supports his clients with his extensive national and international expertise in particular in the areas of corporate finance, financial restructuring and regulatory.

Daniel is admitted to practice law as a Rechtsanwalt (Germany) and also qualified as a solicitor* in Ireland.

Daniel, his wife and their two children live in Munich, the capital of Bavaria, from where they enjoy the many leisure opportunities in Munich’s beautiful surroundings, in particular the Bavarian Alps. They love travelling, especially to their family in the West of Ireland.